Views: 4530 Branmuffin17
+Rep | Report
Conquest  |  iSux  |  Yoink
I was originally just going to talk about my most recent ****py Conquest match, and was looking for the thread where we've been posting bad matches, but couldn't find it. Then I thought about the bigger picture and wanted to talk more about Conquest in general. TL;DR warning.

Conquest Vs. Other Modes 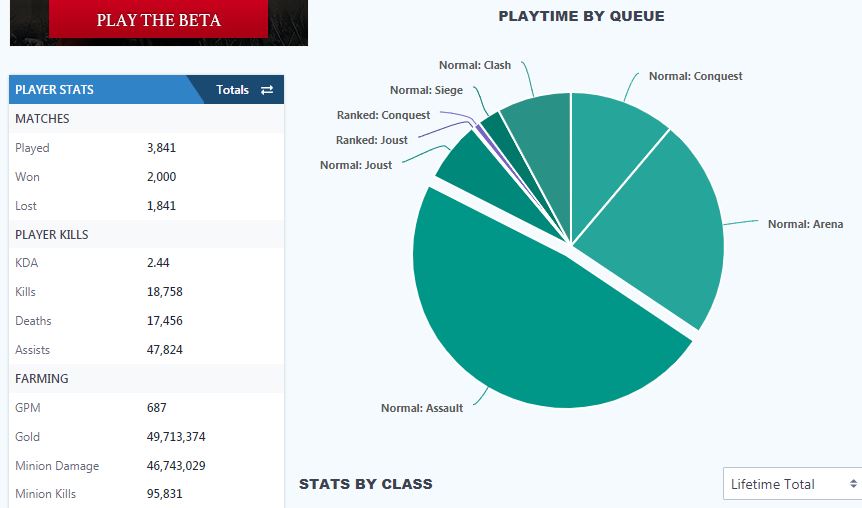 So, historically, as those that have known me a long time know, I was originally an Assault main.

For the first year or so of my playing experience (Season 1), I strictly played Assault outside of the random Joust match with my nephew. The (arguably) great thing about that is it made me really think and learn about building when considering comps, and it triggered the start of my guide creation career and participation on SMITEFire.

After that first year, I switched over (or rather expanded my horizons) with the Arena mode. You'd think it would have been the other way around, but whatever.

Eventually, I learned to branch out, and I now consider myself generally comfortable with all modes.

I've always had high-level interest in Conquest, due to it being the defining game mode and the most complex of them. That interested culminated in The Overarching Conquest Guide, which was a pain to create, but also very fun. I got to talk more in depth with SF regulars at the time to help compile the various information for the different roles.

Since I branched out at that time (2016), I've been open to playing any mode, but more than anything else, I've always considered this a social game, and enjoy playing with friends immensely more than solo-queuing. And most of the people I've played with the past few years have preferred modes other than Conquest. So that's mostly what I've continued to play. I do find it interesting that Conquest is my 3rd most-played mode, as I would have expected it to be Joust if I were to not consult SmiteGuru.

But just in the past few weeks, I've been making a push to play more Conquest, and a lot of the people I normally play with have gone along with me (outside of DV-8, who is 100% a Conquest main). I get the most resistance from Gulf, who sometimes seems like he's going to have an aneurism in the middle of a match. Boogie has been embracing it, playing Solo Jorm, Jungle Fen, and Support Jorm/***bha.

So we can basically consider these S6 Conquest games as stretching old muscles that have mostly been unused.

The vast majority of these games have been as Carry, with a couple matches in Solo and Support. Carry and Support are my most comfortable roles, with Solo being next, perhaps. I'd be comfortable enough in Mid as well, with Jungle pulling up a distant last place.

I've had some very up-and-down games (and this applies in general...had a horrific losing streak recently and just playing like I've been tilted). I've found, more often, when I'm playing with just one other person, or the group doesn't include people like Taco or Salad, the competition level in general is noticeably lower (and my personal success greater).

Some examples of "good" games.
Of course, had my fair share of **** games.

My Most Recent Match, A Yoink, and a Win Despite Myself

Anyway, that brings me to the last game I played last night, where I teamed up with Sheridan and her friend GreenGiller. Back to ADC again. Our mid chose

Neith, so I saw it as an opportunity to get re-familiarized with my old pal Freya.

In any case, we lost our lane hard and early. It started having a major effect on our teammates...while Sheridan in the Solo lane was going, "the solo lane feels like its own match." She was lonely, as she and her lane opponent

Odin were mostly left alone the entire match in a major stalemate, and the enemy Jungler (

Mercury) didn't ever venture over.

At one point, Green called for a surrender, but amazingly, the rest of our team shut that down. Guess we were playing it to the end. I will also say, teammates were surprisingly friendly and understanding. I'd apologized for my level of play at one point, and they said "no problem!" Super cool, teammates.

Anyway, after a lost teamfight away from me farming in the duo lane, the enemy team (all 5 still alive) were going for the Fire Giant. Green and I were still alive. He sat a bit behind the FG area, and I was a bit in front. As it neared death, Green and I both ulted, and I think my 3rd ult blast secured the steal. My team went wild. And Green and I both made it back alive.

Had another death after that, but then we made a push a few minutes later, won our final teamfight (I think I got 3 kills in that one), and got the win. And I somehow barely edged everyone out for top match damage. I don't know how that happened due to my level of play (I know, it's Freya, but still). Had to call it a night after that one.

Anyway...super excited to be playing Conquest a lot, and looking forward to improving, especially in my early laning phase, which is a different game compared to any non-Conquest mode.

So I also talked about this in the Discord channel, but this is an example. Taco again on my team (not discounting others like DV-8 or Juan, the blank one, possibly skewing the matchmaking to the more difficult side). I ended up being Mid

Hades. Every way I try to think it, I'm having difficulties figuring out how I could have won the early laning phase. But also, I fed hard and made a variety of early misplays. I was rendered essentially ineffective the entire match. So run through this with me.
Anyway, build was

Shoes of the Magi,

Magi's Cloak (was trying to have any kind of survivability I could),

Spear of the Magus (to conceptually help out Cab and Kuzen damage as well, and

Now, as for countering Hades...how do you do it as Isis? Let's talk about some examples of my experience:
In the end, it felt like Hades hard-countered me...but at the same time, I think a lot of it (most of it?) was just misjudging distance and feeding early. It was very frustrating, and I was definitely out of sorts from the beginning. I need to play mid more to get comfortable with it again.
1
[-]


Well I already told via discord about the lvl2 agro play got you.


Boots mistake is a major oops. Probably would have tried to get it even earlier cause of how behind you were (depending on hades his boots)

Skill lvl up im split about since i have the feeling it wasn't going to help you as much as at that point you would have easily get pushed under tower and needed more clear.

At 4 deaths the jgl isn't really able to help you anymore unless he is also fed or not alone. So you also realised playing safe a bit too late XD.

On the escape counter. Unless hades shrouds systematically you can't gust away until after he used it or you're sure youre not in range. So most of it would be not being to far in range.
1
[-]

Tlaloc1050 (17) | April 30, 2019 9:53pm
Branmuffin17 wrote:
It didn't really sink in how far I was until my...4th death? I was having major problems judging Hades' distance from Death, was getting caught in his ult, getting my abilities shut down, etc. At that point, I started slowly decreasing my deaths by actually staying under tower and farming as safely as possible, but then it started having a negative effect on our jungler, as Hades was pretty fed. And it's here where I want to talk about countering Hades as Isis.

This is is basically me everytime I play against

Hades as a mage. For me, sitting under my tower until late game isn't a choice.

Branmuffin17 wrote:
Safe Poke: Okay, if I wanted extremely safe poke, I could toss a Spirit Ball. Long range, it's super easy to dodge, though. And if for whatever reason he wouldn't be able to get out of the way, he could just use Death From Below to dodge it, AND hit the minion wave at the same time.

Can it hit the whole minion wave? If so, then the only problem is positioning to make use of the 1.5x damage while aiming for

Branmuffin17 wrote:
Clearing Wave:
Something else I noticed is that if your clear requires you to go relatively close to the minion wave, most Hades will stall by not attacking the minion wave at all to possibly bait. Or, he'll just tower dive you as you stated. In my experience, this is usually a free kill for the jungler if the jungler is nearby.

Branmuffin17 wrote:
Option 2:
This sounds possible, but a bit difficult to execute. I'd suggest casting

Dispel Magic immediately after you hit him with

Spirit Ball, then flying away.


Branmuffin17 wrote:
Option 3:
Hmm. Unless you have

Dispel Magic maxed out, I don't think it would be too helpful to use this.

By the way, if you're in his ult, is it possible to escape using

Branmuffin17 wrote:
In the end, it felt like Hades hard-countered me...but at the same time, I think a lot of it (most of it?) was just misjudging distance and feeding early. It was very frustrating, and I was definitely out of sorts from the beginning. I need to play mid more to get comfortable with it again.

Same here. Whenever I face a 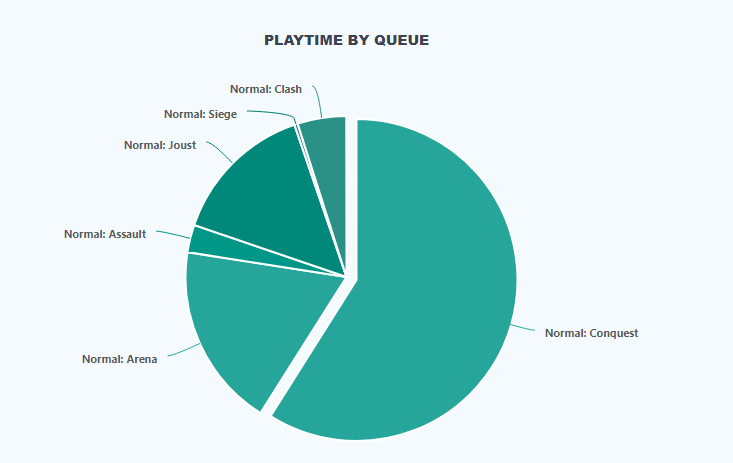 Devampi (95) | April 29, 2019 11:18pm
Eveb though smite is way faster paced than LoL not surrendering is a thing people have to learn in smite. Throws are so common or turn arounds because of god composition etc. Loved the blog though
1
[-]

Devampi (95) | April 30, 2019 8:47am
I only have one reason to surrender and that is if it's losing the game winning teamfight to quickly move on.
Even then i normally don't cause sportsmanship
1
[-]

With the knowledge and the way you present your guides, theorycrafting and explanations, I could swear it was your most played gamemode.
1
[-]

Branmuffin17 (311) | April 29, 2019 5:29pm
I don't know if that makes me a fraud or what. I feel that I've just developed a strong base of build crafting knowledge, combined with a good ability to explain things.

Conceptually I think I'm pretty solid, and if I watch gameplay of others I think I could coach or at least give a lot of good tips. Keep in mind here I'm meaning newer / lower levels of play , not pro . My biggest issue is applying them while I am playing.
1
[-]

Ichaival feels like a game-changer. When I rush it and the enemy doesn't have it, I completely demolish them in a boxing match. Think it needs a minor nerf.
1
[-]