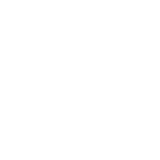 Polynesian Assassin Melee Physical
Find the best Pele build guides for SMITE Patch 8.12. You will find builds for arena, joust, and conquest. However you choose to play Pele, The SMITEFire community will help you craft the best build for the S8 meta and your chosen game mode. Learn Pele's skills, stats and more.
Top Rated Guides Newest Guides

When Pele drops below 50% health her flame is set alight, and she gains increased Physical Power, Lifesteal and Ability Lifesteal. This passive has a 30s cooldown.

1 X
Pele flourishes and fires out a magma orb ahead of her in a line. Once the fiery projectile reaches maximum distance it hovers for a brief instant, solidifies, and then returns back in pieces, dealing damage to enemies on the way back. The number of shards returning is dependent on the rank of this ability.

Pele has 2 charges of this ability.

2 A
Pele fiercely erupts energy into the ground, exploding in an area around her, causing damage and Knockup to all enemies.

At ranks 3 and 5 the area expands again at a delay, dealing less damage and a smaller Knockup.

3 B
Pele churns the land around her, dealing damage to nearby enemies and providing constant movement speed while this ability is active.

Toggle this ability again to enter an amplified state, expending more fuel but dealing more damage and providing additional movement speed. This ability has no cooldown but uses a fuel gauge and cannot be activated when below 10 fuel.

This damage does not trigger Item effects.

4 Y
After a short warm up, Pele dashes forwards dealing massive damage and a slow to the first enemy God hit, and dealing additional damage to enemies behind in a cone.

For the next 10 seconds or 3 attacks, every time Pele hits an enemy with a basic attack, she instead deals ability damage in a cone originating from that enemy. During this time Pele's basic attacks deal 50% reduced damage.

Pele is the goddess of Fire, of Dance and Wind, of Volcanoes and Violence. Those who worship Pele speak of her as Madame Pele or Tutu Pele, while others know her as Ka wahine 'ai honua, 'the woman who devours the land'. Though she is capable of great acts of destruction, and possesses the temper to provoke such acts, Pele is both destroyer and creator. It was through her mastery over the world's molten core that she wrought the Hawaiian Islands into being, forging them from lava that ruptured forth from the mouths of her volcanoes. They are places of immense beauty, lush and brimming with life, and by looking upon and reveling in such beauty, you offer Pele worship.

Born of Kane Milohai, who wrought the earth, sky and heavens, and the Earth goddess Haumea, Pele is one of fourteen children, six sisters and seven brothers. It is from the enmity between these siblings that Pele arrived in Hawaii, after her exile at the hands of Kane Milohai for her fiery temper and conflict with her sister Namakaokahai, goddess of the Sea. Pursued across the oceans by Namakaokahai, Pele wrought Hawaii into a paradise, making her home within the great calderas of the volcanoes that stand sentinel across the island chain.

To worship Pele is to grant one's devotion to a goddess of terrible power, one who can shape and render a grand, vibrant world into being at her slightest whim, and burn it to ashes just as quickly. But just as her worshipers are devoted to Pele, she devotes herself to them as a force of divine protection and care. She is a tireless defender of life and the people that dwell upon her islands, and any that seek to threaten them shall surely taste Pele's fire.