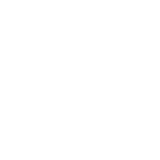 Baba Yaga’s Cabin accumulates up to 100 essence over time, when it moves, and if enemy gods get too close. Baba Yaga can approach the Cabin and use this essence to gain evolving item stacks. Items with a low stack count take more energy. If Baba Yaga has no stacking item this essence heals Baba Yaga for 0.8% max health per tick.

2 A
Baba Yaga throws together random ingredients to brew a Potion. Each Eye of Newt increases the Potion’s Damage by 7.5%. Each Dragon Scale adds a 12.5% slow to enemies hit for 2.5s. Each Wolf Tooth adds a 7.5% Attack Speed slow and Power reduction to enemies hit for 5s. Baba Yaga can store a single Potion in her consumable slot refiring/canceling this ability. She can pull it out at any time to throw it.

3 B
Baba Yaga crawls inside her Mortar for protection. While inside the mortar she gains Damage Reduction, Knockup Protection, and begins to build up explosive magic. After 1s the magic explodes, launching Baba Yaga and her Mortar in the direction she is facing. Enemies near the Mortar when it explodes take damage.

4 Y
Baba Yaga calls down her Cabin, causing it to crash onto her and launch nearby enemies away. Baba Yaga commands the cabin for up to 8s, using it as a protective shield to create and throw 4 Witchfire Bolts from the inside. When the thrown Witchfire lands, it explodes dealing damage to enemies in the area while leaving behind a creeping patch of fire that chases nearby enemies. Enemies caught in the creeping fire take burn damage every 0.4s.

It is said that Baba Yaga waits for travellers in her house atop its gnarled chicken legs, behind a fence made of human bones. If you are brave enough to pass through the fence and enter the house you will see her stretched out across the interior, looming over her stove, or reaching out from one corner to another. Or, if you are in the woods late at night, you might see her flying overhead in her mortar and pestle and the hear the thunderous tramp of the chicken-legged house as it pursues its mistress.

Regardless, she is an ugly creature with a long nose and cruel, iron teeth, and her eyes gleam with malice. But despite her inherent malevolence, she does not interfere with others without first being approached - or provoked. If you are foolish enough to seek her, she might well punish you for your effrontery before aiding you, or aid you and then tear you to pieces because it amuses her to do so. And sometimes, very rarely, she helps without harm.

But only when it suits her to do so.

Now, as the world shudders on its axis and new horrors rise, Baba Yaga stirs in her long isolation. The gods have ignored her warnings for long enough, and if they will not ask for her help willingly, she will find a way to force them to do so.