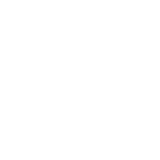 Each ability that damages a god results in a stack of Steadfast, reducing damage taken and increasing energy gain. Each time King Arthur uses an ability he swaps between his Standard and Combo Abilities. All Abilities are Instant Cast. Attack Speed and Item Passives do not benefit his Basic Attacks. Attack Speed increases his energy gain.

1 X
Standard (Overhead Slash): King Arthur deals a devastating overhead blow in Melee range that creates a slashing attack that travels forwards. Enemies hit by the Melee strike takes 30/35/40/45/50% of the damage from the Slicing attack.

2 A
Standard: King Arthur stomps on the ground with heavy force, causing enemies around him to take damage and become slowed.

Combo: King Arthur charges forward, stopping on first god hit. At the end of the charge King Arthur unleashes an uppercut, knocking up enemies into the air.

3 B
Standard: King Arthur unleashes two cleave attacks while charging forward. Enemies hit by a cleave take damage and have their protections reduced.

Combo: King Arthur swings Excalibur around him, charging forward and damaging enemies 5 times before winding up a final strike that deals more damage. King Arthur is immune to Knockup for the duration.

80 Energy (Excalibur's Wrath): King Arthur charges forward with Excalibur drawn. If King Arthur hits an enemy god, he launches them into the air and unleashes a barrage of 6 attacks, after which he launches them back to the ground dealing damage to the target and any enemy below.

It is often in the time of greatest strife, when a land and its people rest on the precipice of destruction, that a hero shall rise to deliver them from ruin. So it was in the ancient land of the Britons, a realm torn asunder by darkness and war, that the greatest king they would ever know would come. He was Arthur, son of Uther Pendragon, King and Warden of Camelot.

His coming was prophesied by the great wizard Merlin, glimpsed in a comet burning through the night sky, herald of the monarch who would unite all Camelot and usher her into a new age of peace and prosperity. Though little older than a boy when King Uther fell and the mantle of ruler was passed down to him, Arthur would rise and take hold of his destiny as savior of his people. Benevolent and adept in statecraft, honorable and cunning in war, Arthur was the symbol of a new Briton.

In his hand is Excalibur, that mythic blade of divine power that only the most just of rulers may wield. Ever since the fateful day she first came into his possession, the sword has never left Arthur's side, and countless are the foes he has brought low with her, the blade's power amplified even further by his exemplary prowess in battle.

Arthur has withstood any foe who has sought Camelot's downfall, be it the numberless hordes from beyond the seas or the sinister plots of those from within his own house. No matter the scheme, or the enemy, with the aid of his mage Merlin and his knights, Arthur has prevailed, for so long as he draws breath, Camelot's lord shall not rest until her safety is won.

Now, the great King hears the call of Avalon, and answers.