I'm an old man that's officially too old to play SMITE (I'm 44, lol). I have a wife and 2 kids (11 and 9 years) and I typically spend their waking hours with them. That usually leaves me a couple of hours most nights to rest and relax (split between my wife, SMITE and whatever other games currently strike my fancy).

I first got into SMITE (the first and only MOBA I've spent any time with) at the suggestion of my nephew, a cocky teenage bastard. I queue most modes somewhat equally (though these days I prefer Conquest more than other modes).

Here and there, I also play other games on PC and other systems. Current playlist (other than SMITE) includes a rotating cast of PC games including Predecessor / Paragon The Overprime, Hunt: Showdown, Civ 6, Chorus, Dragon Age Inquisition, Stardew Valley (Switch w/ my kids), FF6 Pixel Remaster, and Cult of the Lamb. I have an unending backlist of games that I need to play / finish (e.g. PC's Divinity: Original Sin 2, Cyberpunk 2077, etc.).

I've been gaming since I can remember...I have vague memories of my dad propping me up on his knee so I could play arcade games at Chuck E. Cheese's...when the "new" games were Dig Dug, Joust, Q-Bert, and others...that puts my starting age around 4 years old. I've retained my old Intellivision, NES, SNES, N64, Gamecube, and Dreamcast to graduate my kids through the history of gaming. Too bad I don't have my Genesis, and have lost quite a few games over the years (probably mostly letting other people borrow them!).

Favorite games, on the oldest systems, include:

I'm an avid hockey fan (go Ducks!), play ice hockey (not that well), am about 10 years into my retirement from karate since I was 7 years old, and I'm pretty sure I know a good deal about dietary supplements, as I've been in the industry for ~24 years now.
Awards Showcase 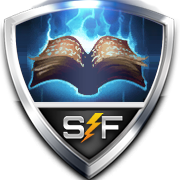 February 7, 2023 Fun is good, and sometimes people give you ideas to try if you're open...
Replied :: Guide

February 5, 2023 I took off the movement speed dropdown stat (it was still showing up at...
Replied :: Item

February 1, 2023 One consideration when making your builds, don't commit so heavily into...
Replied :: Guide