The road out of Gold 2

I started pretty good is gold 2 (without knowing I was in gold 2) I won my first 5 games, which I did a little write-up on in my previous post. After my good start I had some pretty terrible games to be honest. I did learn that I'm not useless in solo during gold 2 so that was nice.

The first game was just horrendous I was playing

Thor and was just getting completely destroyed. The enemy

Mercury got super fed and I tried my best to just ult him on CD and try and set up for my team, but we had no damage and lost it hard. It could have been winnable if my adc and mid also built some physical protection I think. But we lost.

Then I had a pretty bad

Sylvanus game, we got some good pressure in lane early. But after invading purple we got double killed by

Izanami and after that she was able to just run through the game and we lost. My

Neith had a pretty bad build as well IMO so that did not help us.

The road out of Gold 3

Had to play a ton of games to promote out of Gold 3 and I cant really remember the first 10 ish games. But looking at Smite guru I can definitely say that I had a prette ruff time. Thankfully I managed to get out of the bad track and start playing better again.

Hun Batz), and the support game everyone just lost super hard. Then I won a

Nemesis game finally figured out that AA build was better than ability based. After that I lost another

Hun Batz stats :(
Losing so many

Hun Batz games got me down so I needed to play something fun. So i started with a Kali game and it went pretty good ended up with 10-3-2, and my

Guan Yu did insane damage. It was an easy win.
Went on to pla…
Read More
Comments (1)

Views: 618 BestMinionEver
+Rep | Report
Conquest  |  Marki  |  Ranked
So I'm boarding the ranked-post train with Bran and Wayne. I'm thinking I'll try and make it a weekly post, every monday or sunday. Just updating my over all progression, because I play most of my games during the weekend. And also make some post on some of the games I play during the week, played one game this week.

So my qualifier games went terrible lost my first 6 games. I can not remember every game atm but this is how it went to the best of my recollection and with the help of Smite guru:

Game 1: I played support and I trusted in my team enough to play

Athena, we had a

Thanatos solo "I will carry this easy" -hidden profile player pro. He lost his lane pretty hard, but the main problem was our

Mercury who just got manhandled by the enemy

Nemesis. I was not able to do much, every time I tried to set up something we either did not have enough damage to kill or

Nemesis would just ult me. So all in all just a one man stomp game.

The assassins I want to learn:

The supports I want to learn:


So what gods do you think I should go for first and wby?
Read More
Comments (30)

Views: 1325 BestMinionEver
+Rep | Report
Smite
It has been a ruff day of ranked today :( 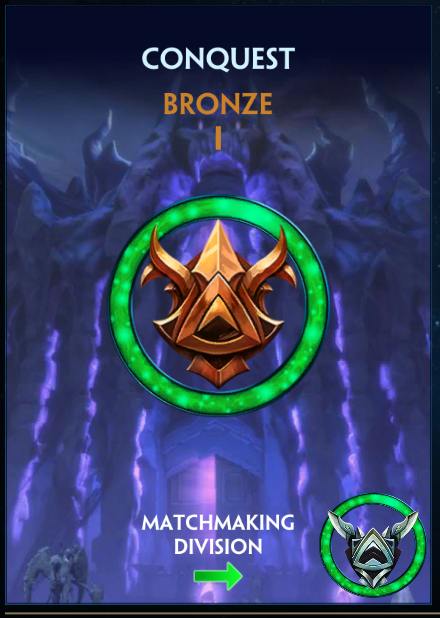 But at least I figured out that

Ares was the cure: