Warrior Tabi for any Additional or Situational item after buying

Mage's Blessing if you want to focus more on your abilities.

Hello, Stuke here again. In this guide, we'll be taking a look at Sun Wukong, the Monkey King and main character of the Chinese Epic, Journey to the West.
Note: you don't have to follow this guide to the smallest detail, these are suggestions on how to play Sun Wukong. I encourage you to look at the comment section below and see other suggestions.

Who is Sun Wukong? Sun Wukong is a Physical, Melee, Warrior that is great at being an obnoxious threat to the enemy team as he has high poke damage and can get out of danger quickly with multiple abilities. Wukong can play in multiple roles as he can pull his weight in Solo, Support, or Jungle with ease.

This is what makes Wukong such an aggressive force. This passive can do some serious damage to your opponent for doing damage to you. You gain added protection and physical power when your health goes below a threshold of health and it can be what saves or kills you if you stick around to test it out.

This is what puts Wukong in the Lane. You slam your cudgel down dealing damage to anything that's you target over with. This ability is a great tool for either clearing the lane, out poking your opponent into retreating or killing your target who think they are far enough from your attacks. Since this ability does extra damage to minions and jungle camps, this can also make WUkong a good Jungler as well.

Wukong spins around in a circle and slows any target caught in the radius. A great ability for your ADC if you are in the Support role or to set up you or the team to finish off the target.

One of the most unique and versatile abilities in the game that I can think of. Each of his transformations has different roles when in use. Ox form does a knock-up, Tiger form provides a stun, and Eagle form is great for escaping any doom heading your way (why I call it the Bird of Nope).

Not only do you become CC immune, but you vanish and drop a clone of yourself to attack anyone it sees as the clone also gains your current attack and defense. Add the fact that when you stay in your cloud you regenerate a percentage of your health and you got a great sustain and escape tool at your disposal.

Wukong needs all of his abilities to be a threat to the enemy team and to do that you need to build with that playstyle in mind. Power, protection, and CDR is the route you want to go with Wukong to make sure you can not only do well in the lane but also during a team fight. Like all the other warriors, his build could change drastically depending on what role you're in as well as you want to sport more damage if you are in the Jungle or invest in defensive items if you're the Support. Here is a selection of items that can synergize with Sun Wukong that could be a nice addition to your build.

All of Wukong's abilities deal damage, so grabbing this item should be a no-brainer for any player. Doing consistent damage while also getting additional damage on top of that for each attack that lands on the enemy god help Wukong bully enemies in the lane.

Lacking viable healing, that's not in his ultimate, Wukong doesn't have a way to sustain during the landing phase unless you spend a bunch of gold on potions. With this, plus his long-reaching damage, makes it easy for Wukong to sustain from a safe distance.

Health, power, crowd control reduction, and a passive that gives you more protections the more enemies that are surrounding you is the type of item that Wukong can use with ease.

Stun with Tiger Form from 72 Transformations then follow it up with the slow from Master's Will to prevent them from escaping any more damage you might have up your leave, like using The Magic Cudgel.

Use the knock-up from Ox Form to keep the enemy from reacting in time. While they're in the air quickly change back to normal and use The Magic Cudgel to get free damage on the enemy while they can't move out of the way. Perfect to use when escaping and want to poke from a distance or to secure easy damage.

Everything you learned from the first two combos but combined into one.

Early Game
Wukong has a good Early Game, farming the lane and keeping the opponent from getting gold and experience from the lane all from a safe distance.

Middle Game
Once you've earned enough gold and experience, this is when you can go on a higher offense. You would at this point have enough damage to your abilities and items to start making your move on the lane. This is also where you want to start split pushing as well.

Late Game
This is when Wukong loses his damage but not becomes bad. He might lose some of his aggressive power but not his potential as his abilities and defenses now changes his goal from a lane bully to a team fight bully.

In Summary, Sun Wukong is a very flexible god with multiple abilities that make him a Jack of Trades. Wukong can arguably be the best warrior in Smite and is one of the most aggressive warriors that can stay in the battle longer than any other god so far. Wukong Wukong is one of my favorite warriors in Smite hands down and nothing can change that. Remember to get into any fight when you know you can take it, always have your abilities at the ready, remember to Bird of Nope your way out of death, and show them the might of the Great Sage, Equal of Heaven.

Breastplate of Valor on

Kriega1 (112) | June 1, 2019 3:52am
Or, glad Shield into Warrior Tabi into Breastplate into blackthorn into Oni hunter’s/pestilence into void shield and then sell glad Shield late for spirit robe/Mantle.
1
[-]

Infinitebeast | June 1, 2019 12:52am
I think it would be more worth to get a Mantle of Discord or Spirit Robe at that point since they both have some CDR and are much better defensively since you don't need the mana as much late-game.
1
[-]

jadcloet | March 27, 2018 1:53pm
Hi, with Mage's blessing, Breastplate of valor and Jotunn's wrath you are overcapping your cooldown above the max 40%. Is that intentional? If so: why? Why not use Warrior's blessing instead?
1
[-]

No offense to Stuke, but

Jotunn's Wrath is NOT a suggested item for many gods right now. Also, if you did get

Mage's Blessing, and replaced it by the 3rd item, that's not very efficient use, in my opinion. Combining all this together, I'd get rid of Jotunn's, and build

Pestilence or another magical protection item or some high health item 3rd.

Then you won't run into any CDR overcapping issues.
1
[-]

Wortigon | August 29, 2017 9:11am
he's easily my favourite warrior with his mobility, but using him in conquest feels like a waste :/
I mean if you already got yourself wukong for 5500 favor, at least play him on decent gamemodes, and not something so awfully boring as conquest :/ also what I see on many guides, if it's specific to one gamemode only, adding said gamemode to the guide's title can help, even if (for some reason) there are more conquest specific guides than everything else together, even if the meta, and how **** works on different gamemodes can be awfully different for many gods, especially early and mid-game ones. Such as being forced to buy mp5 or hp5 on assault, or simply not needing splitpushing in joust, since the map is hardly big enough to do that anyway, or just think about arena where you don't even have structures to damage, and the whole match is basicly a huge 5v5
the guide itself should work pretty well though, even if I don't do conquest, my builds usually look awfully similar in other gamemodes. I'd include stone of Gaia as a situational item though, if you want to stay in lane longer, because hp5 and mp5 are pretty handy, not to mention the maxhp increase. Also on assault, that thing is a must have on practicly any warrior.
and last but not least, try combining shifter's shield with void shield, they work very nicely together, though it'd leave you as a squishy against magical damage, so only do it against a teamcomp where there are more physical people
1
[-]

Wortigon | August 29, 2017 9:20am
that last line!!
if Hel and Wukong had a baby, it'd be something like SSS tier dude. The bigger issue would be wether the baby belongs to the norse or chinese pantheon.
I mean duh, my bae Hel and my bestie Wukong are the most fun to play among all the gods in the game so far (excluding Artio, I never played her before, so can't compare, but for the rest, it's true. Even for Ares, and I like playing Ares.)
2
[-]

Gulfwulf (72) | August 14, 2017 10:55am
I know, right? I mean, how could he ignore your eloquently crafted, thought provoking commentary that you clearly invested quite a bit of your personal time into? The nerve of some people! 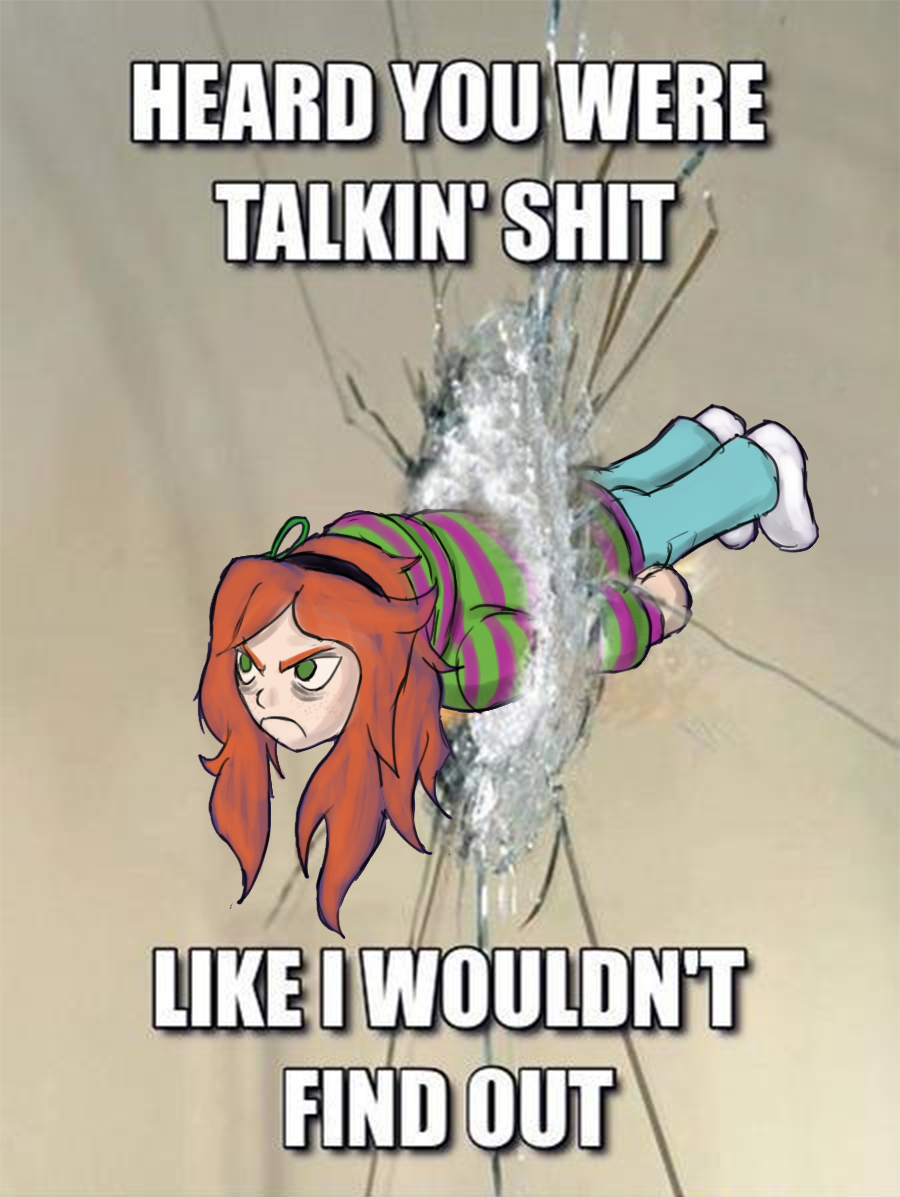 The Eley Crew (1) | December 20, 2016 5:13am
Hey Stuke. I looked over your Sun Wukong guide ironically after posting my own and I have to say yours is a lot more simple and sweet compared to mine. I really do like this. You gave quite a few builds, which I could see working, and did really well to explain some of the items that could work as well. This is a great guide, and for someone who doesn't play Sun Wukong this could really help them figure this god out. I completely agree that he is one of the few gods who can play pretty much any role you need (except carry because duh).

BucktoothChimp | May 28, 2016 1:06pm
Stoke, I think you may be tooting Sun Wukong's horn a bit much, but you made a good guide for a good god. Once you give up on him being a primary damage dealer, he is full of utility and mischief.
Loading Comments...
Load More Comments