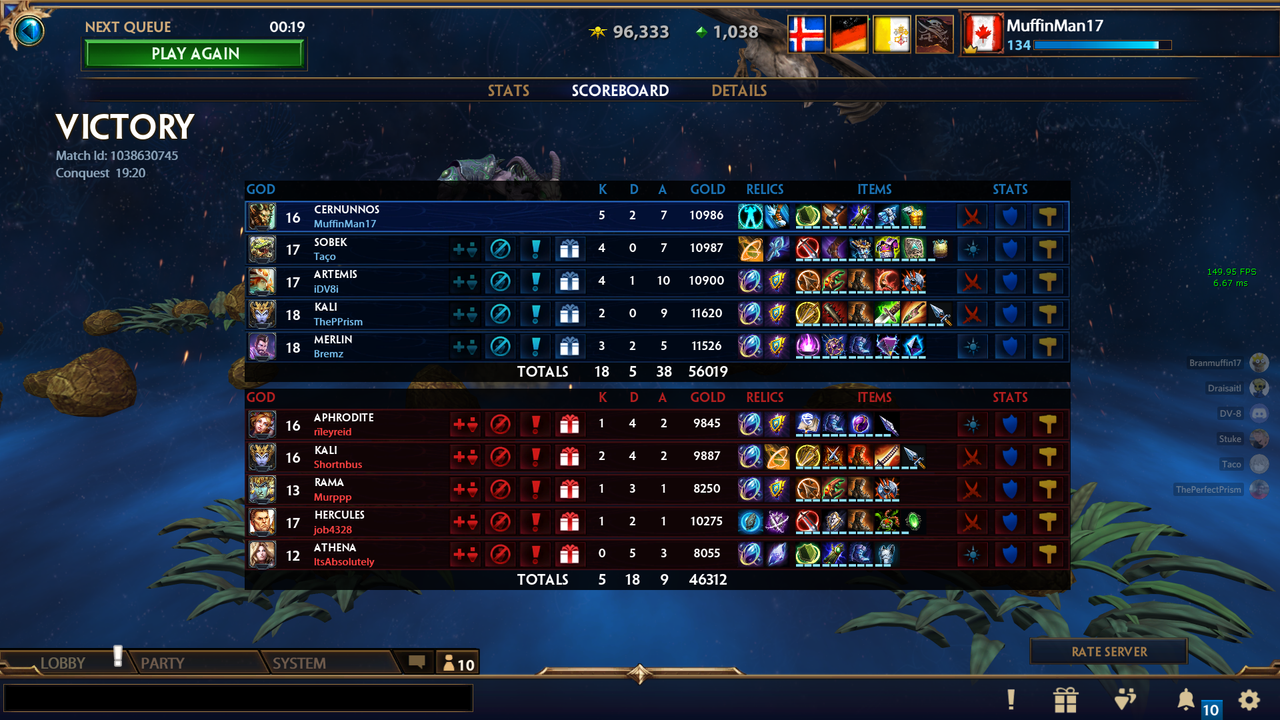 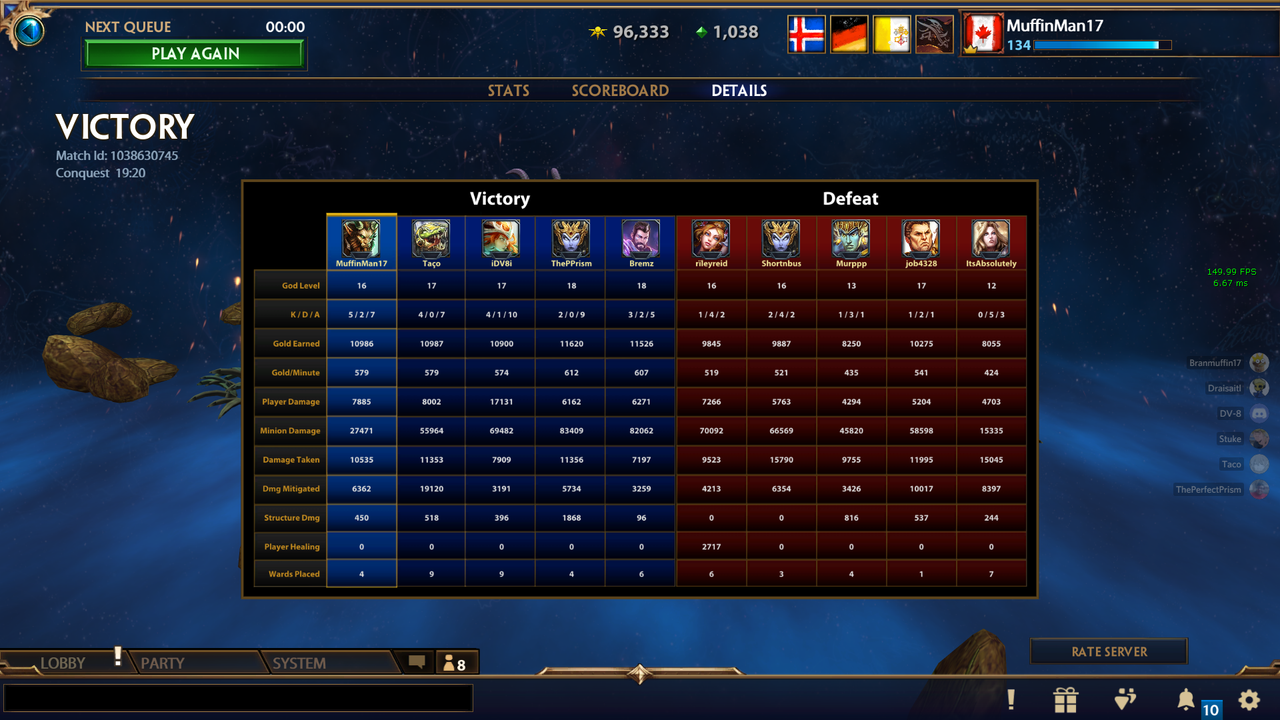 All I know is that if I was in Duo and I saw 2 hunters coming at me, I'd be thrown quite a bit out of my comfort zone. And I've seen some other weird comps lately...including double Guardian (which, needless to say, didn't work for them).

This game switched Taco for Devampi. I was getting a better feel for it in this game, and it definitely felt like the enemy duo (

Horus) were thrown off. 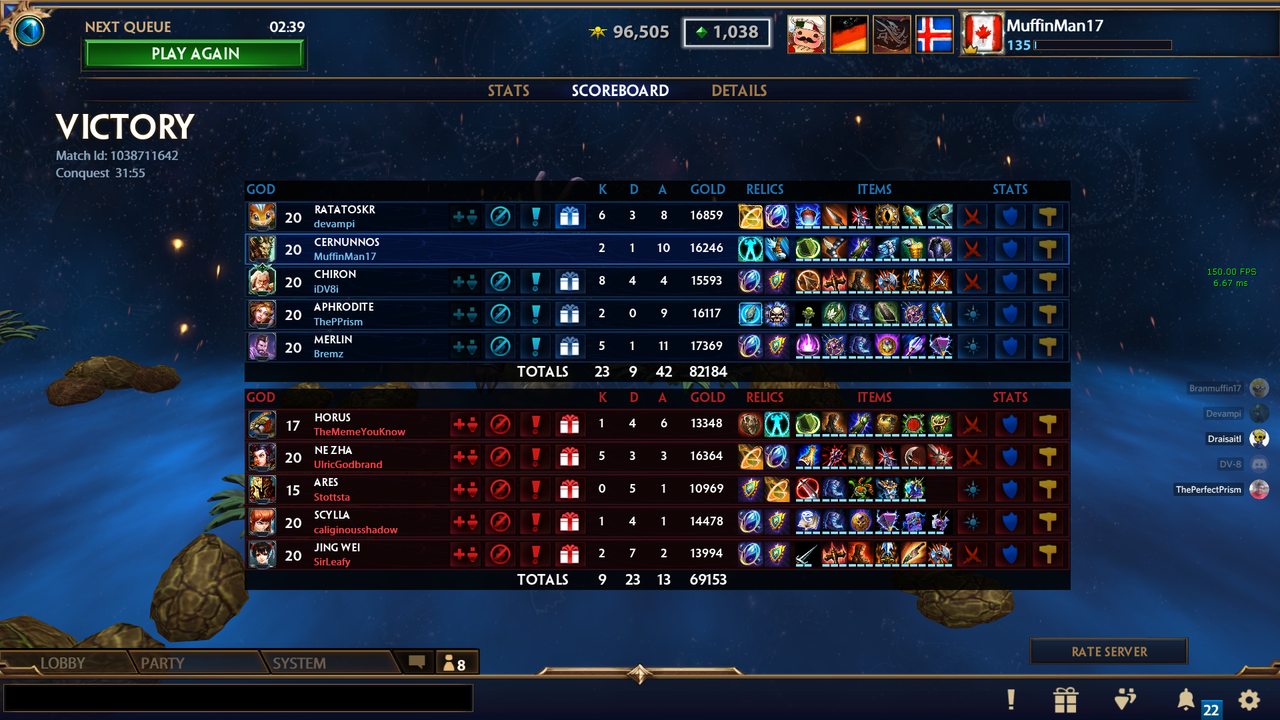 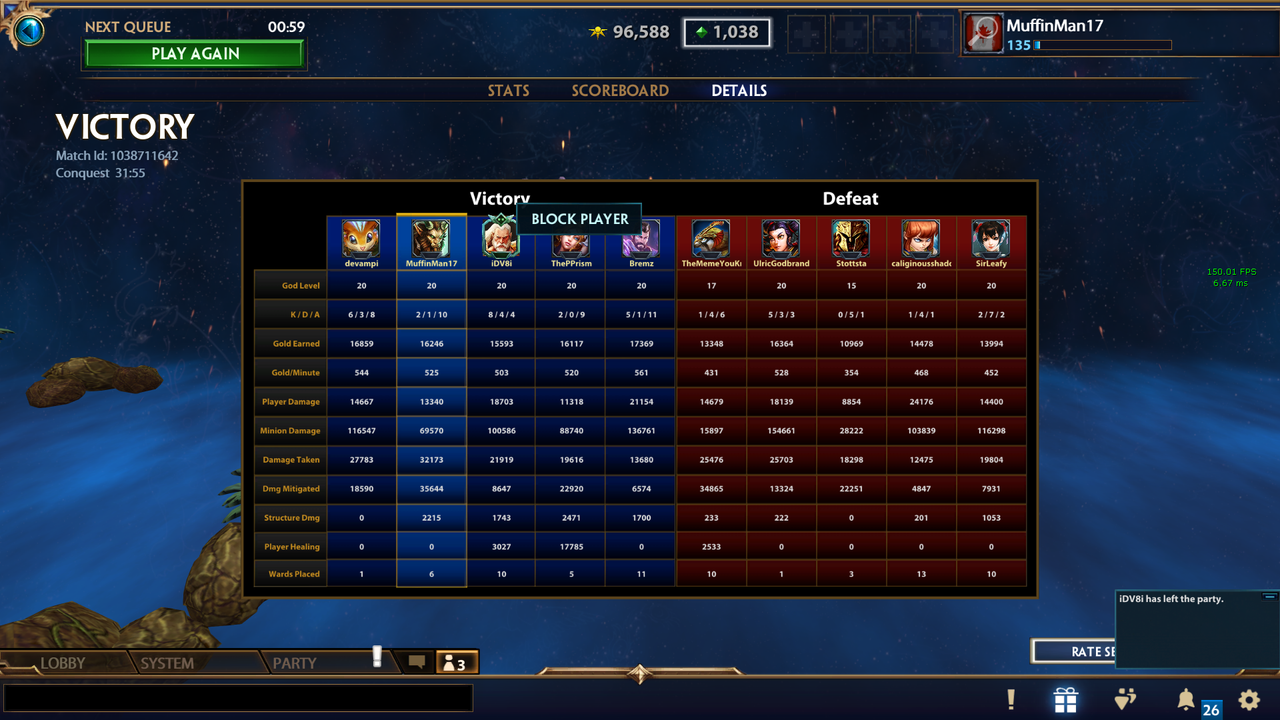 Some additional thoughts:
So, no, I'm not endorsing doing this, especially not with random teammates. And no, I don't think this is very viable, even though I saw some success.

But yes...I'm going to do this again XD

It's nice to see a Bran Blog post again though. Was a fun experiment.
1
[-]

The toughest part IMO was the time after boots and before finishing Frost. Not much that Cern can do at that point as his damage is dropping off during that time and without any AS and limited CC, the enemy could capitalize on that early/mid opportunity. After Frost, it brings quite a bit of added CC, and as long as you're focusing the enemy that's attacking your backline, it's actually extremely helpful with the crazy slow.

Oh, I forgot to mention one other thing. With

Talaria Boots, I never ran out of mana. AND. In that 2nd game, DV-8 and I saw an opportunity to push the T2 duo tower, but then spotted 2-3 enemies incoming due to ward placement. Hid around the corner here... 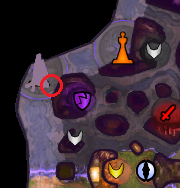 ...and then frantically told DV-8 to back. I stayed a bit further away from the wall to spot for him. He got out just in time as

Scylla came around the corner, followed shortly thereafter by

Funny enough, as I had my prots stacked from Thebes at that point, I ate Ares' Shackles and some of the enemies other abilities...baited them to face back toward their side, then dashed through them and got out alive with 1/5 of my health. Talaria's extra MS (and