Thoughts 2 weeks back into Smite

Views: 251 Zilby
+Rep | Report
So been playing fairly consistently the past 2 weeks having gotten back into Smite, so I thought I'd share some thoughts I've been having (idk maybe someone will find this entertaining or something coming from someone who hasn't played for like 3 years).
…
Read More
Comments (6)

Hey all, it's been awhile.

Views: 609 Zilby
+Rep | Report
So the last time I posted on this site was... 2017? That can't be right... But it is! It's been awhile. I'm sure a lot of you don't know or remember me at this point, but to those who do: hey there long time no see. I would like to apologize to those who used to hang with me frequently for sort of dropping off the face of the earth. Honestly I was just spending way too much time for a while playing this game and being on the site that it was hurting both my career and social goals, and taking a sharp break from it was definitely good for me. But that doesn't mean I didn't miss the community I was a part of here (you guys are great!)

Just going to premise this with the fact that this isn't my return to the site, visiting countless times a day to comment on nearly every post is something I'm leaving in the past. That was a great distraction back in high school, but probably not the best thing for me at this point (in fact it's entirely likely you won't see any new guides, posts, or even…
Read More
Comments (20)

Views: 3964 Zilby
+Rep | Report
So I've been around the site for roughly 3 years now. Over the last year my time spent playing smite began to diminish severely until reaching maybe a game every 2 weeks. During all that time I remained fairly active here despite not really playing smite any more. As the last few weeks have shown, this is no longer the case.

A little over 3 weeks ago my CPU cooler died and had to be replaced, meaning I was without my gaming pc for the duration until yesterday. During that time, because I couldn't really play with anyone from Smitefire in-game, I stopped clicking on the site as much, and then pretty much stopped completely.

...and to be honest I don't miss it anymore. I still really like the Smitefire community and all of its members for the most part, but my passion for the site itself has died, and I really don't have any interest in the vast majority of posts anymore. So for now I'm only going to be here once in a rare while. (Also you guys should retire me and look for a new mod).
…
Read More
Comments (24)

Views: 2964 Zilby
+Rep | Report
Game development  |  I am become code  |  refract  |  That took awhile  |  what is sleep
Hello there again, it's me; your friendly neighborhood Zilby

So if you've been around Smitefire for some time then you might remember this blog from awhile back.
But if you don't remember here's the gist: 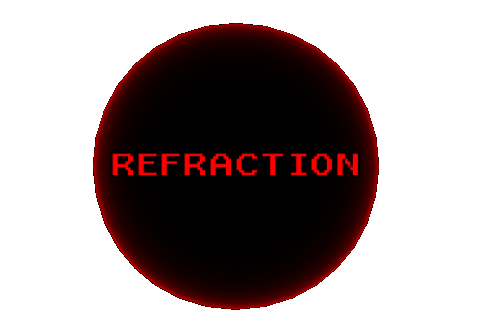 So last time I did this you guys gave a TON of great feedback, a lot of which has been incorporated into the game at this point. Since then there's been a lot of progress made on the game and overall it's much more polished. Some new features added since last time: …
Read More
Comments (16)

More or Less Goodbye to Smite

Views: 4925 Zilby
+Rep | Report
:[  |  sorry fam  |  whelp
Sooooooo if you're one of the people who used to regularly play Smite with me you've probably noticed that over the past two years my activity has decreased, and decreased, and decreased. Really it hit its peak towards the end of Season 2 and has dwindled since. A number of factors led to this; I began college which allowed me to socialize more outside of games; I grew very interested in the competitive smash bros scene and other games such as Overwatch which drew time away from Smite; I found myself unable to dedicate the long stretches of time necessary to complete Conquest matches (which have always been the heart of my playing Smite); and over time playing less and less, my interest in the meta, improving, and the game itself shrank.