Some out-of-this-world matches and some thoughts about them

Views: 960 ThePerfectPrism
+Rep | Report
matches  |  hera  |  cerb  |  aphro  |  athena  |  ama  |  guan
So, while recently there has been a thread with our worst matches in the past few weeks, I decided to make this blog post about the best matches I've had since I've started to play SMITE again. With that said, LET'S JUST JUMP INTO IT!

10/2/20 as Cerberus on Arena - I really want to understand what happened in this match. I solo'd the enemy

Ullr, I did tremendous amount of damage and, while I think this is the most important part for you to really get the image, it was my first game as this god.

Amaterasu was dumb but quite annoying with her Hastaned Katana + crit combo,

Fenrir was one of those "

Fenrir For Life Brah" types of

Fenrir, but I still did amazingly well. Also, my interior support wanted to commit suicide, but I left

Hera to die whenever I could've saved her, cuz I was gonna play

Aphrodite, IceBolt23, was actually playing with my build! He even said it, when we got to lobby "Omg I can't believe, I was going to follow Perfects Build and here he is", and I was like OMG HI fdsafdsafad. As you can see, since

Aphrodite knew what to do, she won solo, I had my lane under control (which forced the enemy team to gank all the time so my tower fell before

Artemis (He felt like the spiritual successor of xZeroStrike's

Artemis). Needless to say, I loved this match. (Also,

2/0/6 as Athena on Conquest - First game with the whole gang on CQ, with my

Athena jungle and Estidien's build. Taco is just a god in the game so the early game in mid proved fruitful for a nicely paced and flawless game in general. While quite a "unmemorable" game, it was quite good to me, cuz I got to play with people I've been waiting to play with again for such a long time. Love you, my SmiteFire family <3

3/0/2 as Amaterasu on Conquest - While the score isn't anything outworldly, the match in itself was quite hard. Had to face a

Cabrakan on solo, and, while

Amaterasu's clear is quite horrible early on. Also, everytime I tried to aggress on him, it was a bad mistake, but I didn't die from it. This game was important to me cuz it mostly showed me I'm skilled enough to play other gods that aren't

Aphrodite on solo and do well (Cuz trust me, my self-steem on the "Yeah I can do this god today" department is quite low). (If you're wondering why I didn't go

Aphrodite solo, it's because I had a

2/0/14 as Aphrodite on Conquest - While my score isn't anything to boast, getting Stuke99 to Godlike as

Mercury was quite fun. This match just proved that our synergy is as good as ever and we had such a fun time laughting and destroying everyone. Stuke, you're now my official favorite person to queue with! <3

11/2/18 as Guan Yu on Arena - This was right after I came back in the game, was having some difficult first games ('cuz when you stop playing, getting used to the new meta items and builds is quite difficult) and I just pumbstomped on everyone with

Guan Yu. I felt all the joy that is playing smite and outplaying the enemies while playing this match, and it this match's fault that any of the other matches happened! Haha ^^

Yeah, this was fun! If I do get more matches like this in the future, I'll be sure to share them! xoxo

Achilles didn't know jack**** about proper builds. The first one thought he was a tanky assassin and I don't know what the second one thought.
1
[-] 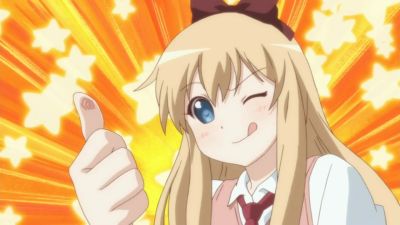 Competition level was significantly lower than a couple of my previous games, and it showed. Mostly had my way. At the end, we pressured and pushed so hard that I didn't even have to back, even though I had enough gold to replace both blessing and Ichaival.
1
[-]

Cerberus game and raise you a

Bacchus. :P The poor bastards on the enemy team tried their damnedest to kill me, but I was too much man for them. ;) They came close a time or two though...

Winged Blade but we were close to finishing so I didn't see any reason to get it and potentially have a teammate die.
1
[-]

ThePerfectPrism (53) | February 8, 2019 8:15pm
Weird, they're all linked, since the publishing of this blog post lmao, the bbcoding is just not showing up for some reason
Load more comments (2 more replies) →
1
[-]