Making a quick "guide" about tips for the Joust mode, as requested by Revenant7755 in this comment. Feel free to add your own tips in the comments; if you'd like, I can add them to the main dialogue. 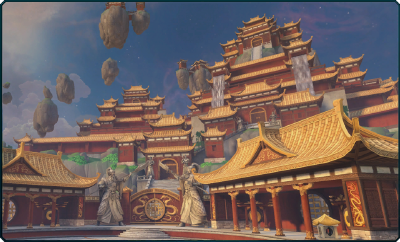 This will cover basic Joust concepts, and I hope to compile additional information over time, with the help of others.


Joust is a fast paced 3v3 Game Mode. Players are able to join this game mode from account level 1.

There are jungle camps on the sides of the map and only one short lane protected by one tower and a phoenix. The objective is to destroy the enemy's defenses, and ultimately their Titan.

This mode contains a unique boss objective: Bull Demon King. Upon his defeat, the team who defeated him receives a special buff for a short time. Additionally, the first structure of the enemy team is disabled for the buff's duration. Only phoenixes and towers can be disabled. If neither structure remains and the boss is defeated, the phoenix will be disabled if it should respawn during the buff's duration.

Joust Mode Stats:
Buffs:
Bull Demon King details: The strongest neutral monster in Joust. This monster has 25 Physical and Magical Protections and 75% reduction on Lifesteal from attackers. Its basic attacks are melee and do Physical damage. Defeating it grants the “Bull Demon King's Might” buff to each living member of the team and will also disable the first defending structure of the enemy team for 90s.


Bran's Thoughts: The Bull Demon is a key objective. Its main advantage is that when you defeat it, it disables structures of the enemy team...no more hiding under their tower/phoenix and protecting it. This makes it incredibly easy to push objectives (or prevent the enemy from pushing yours), and as such is something you should always have your eye on.

The (obviously) best time to kill it is when you've just won a teamfight, and the enemy has perhaps only 1, max 2 alive. Best is if you're in condition to take it down as a team, and are already in the middle of the map, while the enemy has to retreat and heal, buying you precious seconds.

In a 3v3 mode, team composition is just as important as other modes. All team comps should be balanced (2 physical + 1 magical or 1 physical + 2 magical), to prevent the enemy from easily counter-building your team.

However, with 5 classes, at least 2 of those classes will not be present in your composition in any given match. I will cover some basic points to consider, and will then provide my suggested team composition.
This brings me to what I feel is the optimal team comp:

Why this comp?
An alternative setup with a different look but same concept would be Magical ADC, Offensive / Burst Assassin or Warrior, Bruiser Mage or Guardian.

Now, this can get much more in-depth, of course. Here is some additional discussion on these preferences of mine.


As with god composition, certain items can provide a greater advantage in this mode over other items. These are some of the item types I feel can provide an advantage:

If you're looking for good gods to pick, take a look at Trelli Relli's list. (This is the only one I can find, let me know if you know of any more that are up-to-date.)

Warding is arguably a bit less important in Joust compared to Conquest, but that doesn't mean you don't need to do it. It's helpful throughout the game, and whether you're winning, losing, or in a stalemate. The following locations are the ones I consider most common.

Keep in mind, it's EVERYONE'S job to ward. And remember, everyone gets the

Vision Shard at the start of the match.

As the game progresses, and the towers have fallen, wards start getting pushed out to either side, with a stronger emphasis on warding the Bull Demon. You should consider regular use of

(To be populated by me and others as feedback comes in)

Some Of My Guides

If you liked this guide, check out my other ones below!

For this guide, I'm looking for additional tips to add, so please feel free to comment and throw in anything you've learned that can help give you an edge in your matches.

Thanks for reading, and I appreciate any and all comments, suggestions, etc. Feel free to add me/invite me if you want to play!

Revenant7755 (1) | December 22, 2019 6:38am
Just want I wanted lol. I feel that gods such as Sobek and Fenrir are op because they can pull players out of their safe zones if their not careful. I also feel that gods with long range ults such as vulcan is pretty powerful and forces the enemy team too go back farther from their towers-I got a few easy kills because some people would be under the tower recalling and I would obliterate them from far away lmao. You can add those gods to your list if you want.
1
[-]

Vulcan is good for his lane pressure, including his turret. His ult isn't really why he's so powerful, though it can help for Bull Demon secures.
1
[-]

Branmuffin17 (313) | December 22, 2019 5:47pm
Nonetheless, Sobek should also be pretty good. That pluck has a low enough CD that you can outwork beads and some of those other canceling abilities, and you're not guaranteed to go against someone that can counter him well.
1
[-]

Gulfwulf (70) | December 22, 2019 10:32pm
Any god can work in any mode if you're good enough. Tier lists are a ranking of the gods against each other assuming all the players involved are at the same skill level; that and lower tier gods may struggle if not played by someone with good game knowledge and mechanics. Don't take tier lists literally, they're only suggestions based upon the authir's experience. A low tier god can wipe the floor with a high tier one if the former is more skilled; they may struggle more, though.
1
[-]

I think "struggle more" is a bit of an understatement.
1
[-]

Ao Kuang support work; the reason it didn't was because we were down a man. Sure you're better off with a higher tier pick, but that doesn't mean a lower one can't work in casual, which is what this guide is aimed at...I think.
1
[-]

Gulfwulf (70) | December 21, 2019 9:35pm
At the start of the match, most teams will make a beeline for the red buff because it's considered to be the most effective buff in-game. The problem with doing this is that you can lose out on minion XP and gold if the waves kill each other and you're not in assist range. It's also easy to give the enemy team a firstblood if you're not careful. Losing the red buff doesn't mean the end of the game, but losing both the red and your blue, as well as most of the initial wave, can put your team at a severe disadvantage.
1
[-]

Devampi (95) | December 22, 2019 9:08am
gonna add onto this that sometimes beelining for the red buff can be a huge mistake. A fight will always break out if both teams do it and in most cases will be favorable for the stronger lvl 3 team. In case of the weaker lvl 3 it's better to start blue (or if you're feeling daring the enemy blue). Your mage can stay in lane longer for the wave clear and maybe even give you an edge that the enemy needs to choose for losing minions or taking their blue. leaving someone behind can result in a kill for your team etc.

Another thing that gets overlooked (a lot in lower lvls of play at least) is the (current) XP camp, it's easy to sneak it for a lot of gods and can give your team an edge.
1
[-]

Quoted:
As the game progresses, and the towers are have fallen
1
[-]

DV-8 (26) | January 11, 2020 12:09pm
Another nice guide, Bran. You did a good job covering the basics and there's not much that I could think to add.
Branmuffin17 wrote:
Escapes: When possible, choose gods that have some form of escape, such as a leap, dash, or teleport. It is almost always safer than the alternative...when in doubt, have an out.
To elaborate on this point, it is advantageous if your god's form of escape can transport them through/past walls. This provides more opportunities to engage/escape, especially if your opponent lacks this type of mobility. Joust in particular has many heavily walled off areas, so being able to navigate these more efficiently can give you an upper hand.
1
[-]

And yes...that point is a great one. I honestly was only thinking of the most basic parts of having that mobility, but especially with the increased jungle, being able to go over obstacles is a huge benefit. Great point.
1
[-]

Yemoja? While she may not be an AoE healer like

Hel, she does have some great single-target healing and area CC.
1
[-]

Branmuffin17 (313) | December 22, 2019 2:13am
I figure she should be pretty strong. If she uses her ult horizontally, she'll block off almost all paths for the enemy to traverse if their mobility is down. Her recent buffs should help things too.
Loading Comments...
Load More Comments