Hello. I am Pape Dieng (pronounced Paper-r, or Spanish for Dad, and Jenga-a), or IceColdPappsi. I was born in Atlanta, Georgia on January 8th, 2002. I am a 14 y.o. Sophomore in AZ in all Honors classes. For those wondering where my name comes from, it is African and French. I was named after my grandfather in my dad's side because he had died recently prior to my birth. My first name means Dad because my dad wanted me to be a great role model, leader, and father to those around. My last name is French as the DI turns to J in African type french.

I recently got into SMITE over the summer of 2016, and this was my first PC and MOBA game ever. Before that, I played on a PS3. My favorite games on it were MK9, or the remastered one, Super Street Fighter IV, Naruto Shippuden: Ultimate Ninja Storm 3, and Destiny. My history with video games is that I've been playing them since I was 6, when the Nintendo DSi came out. The games I played on it were Mario Kart and Sonic Colors. Right now, my favorite gods in Smite would have to be, in order:

Ymir. Based on that, my favorite Pantheon is Norse, and I usually fill rolls.

TBH, I'm not good, but not bad. HMU if you ever wanna have some fun and mess around in SMITE @ IceColdPappsi.
Awards Showcase 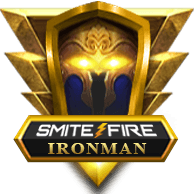 March 12, 2021 Well I provided an example of each build with a corresponding starter,...
Replied :: Guide

March 12, 2021 Just to clarify, the responsive makes it so it will format to the screen...
Replied :: Guide