Not Updated For Current Season

Get good with Hel in 3 minutes

Don't fuck with me

Welcome to my 4th guide

As you all know my name ThePoisen (ThePoisenYT) in game and today I bring you funny Hel video but effective in same time.So learn How to Hel in 3 minutes by watching this..

Both beautiful and terrible, the Goddess Hel is keeper of the dead, lays judgment on souls, and decides who is reborn. She is both sides of two extremes.

As the daughter of Loki, the trickster God, Hel's destiny, much like her brothers Fenrir and Jormungandr, was doomed to darkness from the start. Odin, the All-Father, uncovered prophecies that Hel and her siblings would be the source of great calamity resulting in Ragnarök, the battle that would end all things. In an effort to prevent this, he cast each of the three into different realms; not quite a prison, though far from freedom. For Hel, Odin gave her charge of the realm of the dead, specifically those that died of sickness and old age. For himself, Odin retained Valhalla for those that died in battle.

At birth, Hel's face was cast half in shadow, half in light; she was both living and dead, so took immediately and graciously to her new role, gifting Odin with the ravens Huginn and Muninn in appreciation. As the spirits of the kind-hearted, the sick, the elderly were brought to her, she cared for them, gave them comfort, yet those she deemed evil she mercilessly hurled into the frozen depths of Niflheim.

Yet, despite Odin's efforts, destiny cannot be averted. Hel's conflicting struggle between benevolence and malice will force her to one extreme or the other. A time will come when Hel will fulfill her prophecy, though it is yet unknown if she will be a shadow of darkness or a force of light.

Hel is in a stance, she gradually attunes to the strengths of that stance, gaining up to 20% damage in the Dark Stance and 20% healing in the Light Stance.

Decay (Dark Stance) - Hel fires an orb of decay that deals damage and passes through minions. The orb will explode in a 15 unit radius if it hits a god, a wall, or reaches max range.

Restoration (Light Stance) - Hel fires an orb of restoration that hits gods only. Hitting an enemy god deals damage. Hitting an allied god heals that god and heals Hel on a successful hit.

Hinder (Dark Stance) - Hel debuffs all enemies in the targeted area, reducing their Magical Protection and slowing them for 3s.

Cleanse (Light Stance) - Hel cleanses all allied gods in the targeted area, removing all Crowd Control effects instantly and protecting them from future ones for a duration.

Inspire (Light Stance) - Hel conjures a burst of light energy around her, healing herself instantly and applying a heal over time to nearby allies that ticks every 1s. Hel gains Increased Movement Speed, and allies gain a reduced amount (10%) for the duration.

Repulse (Dark Stance) - Hel conjures a burst of dark energy around her, damaging all nearby enemies.

Passive - Hel gains increased MP5 and Half of the benefits gained from the stance are shared with allied gods within 30 units.

boogiebass (38) | November 3, 2017 3:44pm
I'll give some constructive criticism. I'm sorry if anything sounds harsh; that is not the intention. It's tough to convey emotions through typing xD

1) Regarding your builds, Draisaitl, xZeroStrike, and BranMuffin covered everything.
For your second build, you have

2) Regarding your actual write ups:
Let me know what you think!

Fenrir guide I already made.

Lotus Crown all that necessary especially when, like Voltex pointed out, you have no Penetration in 2/3 of these builds. Her heal also scales off of her power so having more power could actually even be more beneficial than


Aside from that these builds look alright. I do believe though that

Rod of Tahuti is basically core for your last item on

Hel and that you should (along with any damage dealing god) always build some penetration. I like

Spear of Desolation to help max my CDR despite it being fairly expensive. This could also allow you to grab

Shoes of the Magi which helps your pen even more.

Just my thoughts. The video did kind of make me laugh though because as a Hel player, my teammates give me headaches when they stand still, I throw my heal, and they juke it. Also when they think just because there’s a decent

Hel on the team, they can do whatever they want and we will just bail them out.
1
[-]

boogiebass (38) | November 3, 2017 3:34pm
I agree with you. It's likely useless in Conquest. If you're mid, I'm guessing your priority would be beefing yourself up to clear those waves. If you're support, then I guess it could help your ADC? But there are likely better items and better gods to play that support role.

Lotus Crown is a really nice early item for her in assault. But yea, I agree with you. I know you hate that game mode, but you gotta try playing

Hel in it sometime. I know the god roll is random, so you may have to play more than once xD
1
[-]

xZeroStrike (46) | November 3, 2017 9:38am
That's awfully rude to say that to someone you don't even know. Perhaps, instead of behaving in such manners, why not be a bit nicer about it? That way, others might actually be willing to listen to you and take you more seriously.

"Hey, I see that one of your builds lacks

Rod of Tahuti and another doesn't have penetration.

Rod of Tahuti is a core item for mages in my opinion, especially a mage like

Hel, and every build should have at least some form of penetration, and I suggest

Spear of Desolation if the enemy doesn't have any tanks and don't build defenses."

That wasn't so hard, was it? Sure, it takes a little longer but I see you've written a guide yourself so as a guide writer that shouldn't be an issue.

Loki guide. Instead of simply saying "I stopped reading at 'Don't sell Rangda's'", give some constructive criticism instead, and in a friendlier manner.
And no, I'm not trying to mock you.
1
[-]

Like, you're a yellow pleb, Zero, so...um...you're only ALLOWED...LEGALLY...to play non-Conquest modes. Personally, I'd suggest sticking to Arena and Clash only.
Load more comments (1 more replies) →
1
[-] 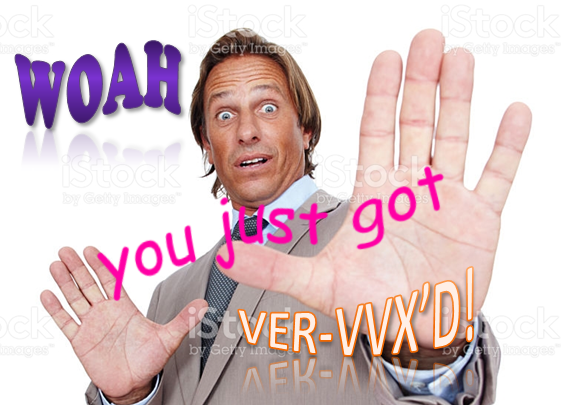 Branmuffin17 (295) | November 3, 2017 10:04am
In many cases, I would say that Voltex has a point. His delivery sucks ***, but the process of learning and considering things you might not have thought of can come from even negative feedback, depending on your mindset, right?

If you're looking to deal decent damage as a mage of any sort, at least one penetration item is basically core...and Tahuti is almost always core for mages (can't really think of any situation where it wouldn't be).

That said, if you're going for a very support-focused role, then I can see omitting pen. Since

Hel can heal so well,

Rod of Tahuti is going to strongly support that (since healing scales off of magical power).

Overall, though, I would say even in that Support role, one pen item would still be preferred...she really should be doing both damage AND healing...if you focus on just healing, and they get a lot of anti-heal, you're going to find yourself pretty ineffective. However, if you're facing squishies, and say you're close to a Guardian that got