An update of my life

With this new Covid-19 virus everything just stopped here. Essentials services like Drug stores, hospitals, police, markets... are working but everything else is closed. There isn't a single car on the streets nor people walking on them. I feel like in a zombie game without zombies :p

My grandfather who is 80 years old went to buy breads on a bakery, because we eat bread, milk and coffee as breakfast, then people at bakery called the police to him and the police brought him back to his house and said he shouldn't get out of there. He sent me a message saying "At least a got the bread a free uber ride back to my house" LOL.

My work stopped and said I got a 1 week vacation but continues to send me some work to do on my house. They think they are smart but later I can get all my money on the justice with a process. I'm just creating proofs until there.

Views: 465 xmysterionz
+Rep | Report
smite
Today I discovered a new expression for the smite community: A circus (credits to Stuke). A bit later I decided to play a ranked with a friend on xbox (Yes, you can imagine what comes now).

In the ranked I had the following situation:
I was a mid laner with no escape. The match was completely messed, I had a PS4 player that was the support (a support with no escape too but with decent damage). The support kinda played using I don't know, his feet maybe? and just threw some kills and fed the enemy a bit with some ultra non-sense calls (nothing new). But after he messed with duo he went mid to mess with me. There I started to get ganked by 3 guys and support watching me die. Not happy,

Odin, who lost his lane on solo came to mid to once, twice, three times, four times... And our solo

Chaac does think that because he said "Enemy missing" he doesn't need to do anything else. After some "Gently" pings he said "cancel that" and kept pushing the tower. Support and JG also started to **** f…
Read More
Comments (4) 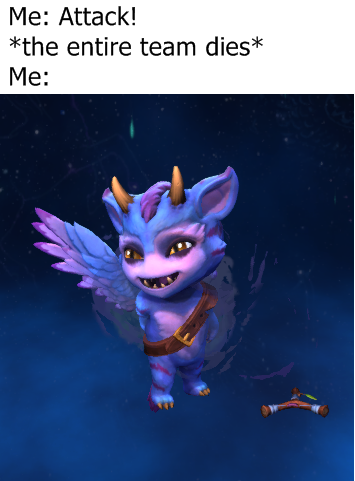 Views: 885 xmysterionz
+Rep | Report
Well, I thought things would take a loooong time to get better, but they got faster than I thought so I can say: I'M BACK!!!!

EDIT: And I got a nice surprise for my return. SmiteFire Simply deleted a chapter from my guide. The "Random Facts" from Love, find your mark! just disappeared. Why? I have no ideas... Oh great -_-'
Read More
Comments (14)

Views: 385 xmysterionz
+Rep | Report
a  |  break  |  taking
Just warning I'm going to take a break from the site and probably smite due my busy life and I've seen and especially heard some stuffs and I need some time to think about it, away from people.

I will return in a week or two. If you want to contact me use my discord.