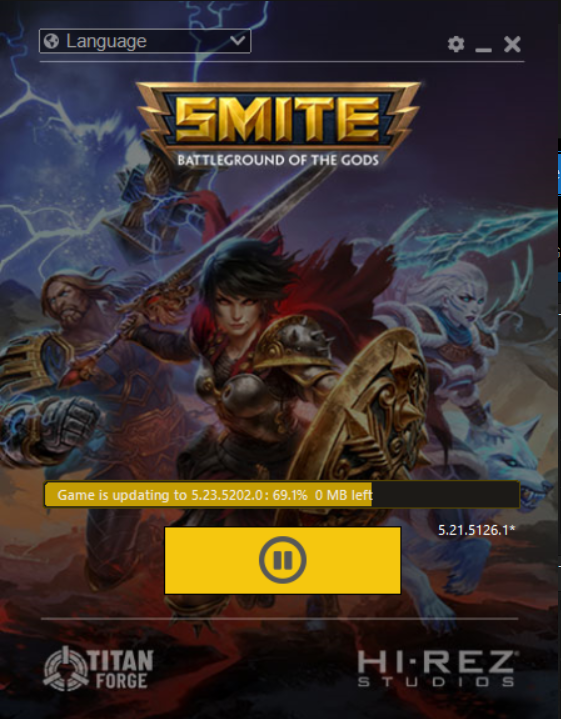 It's been at "0MB remaining" for the last five hours now. Also, the percentage seems to be going down.
Read More
Comments (2)

My current struggle with Smite (and technology in general, really)

This just in: I'm not dead. Further news as events warrant.

Views: 663 Technotoad64
+Rep | Report
HowDoesIndentingWork  |  Update
Not that I'm pretending to be terribly important, I'd just like to announce my presence.
I've been lurking mostly, as Veterans tend to do. I had planned on participating in the contest this year, but the contest always brings around so many new people, and I haven't played Smite in so long, that actually doing or saying much of anything has seemed kind of daunting lately.
What I've been up to lately is (time-wise) piddling around YouTube and Reddit,
but I've also been working with a group of a few others (including Bernardozomer) on a mod for Terraria, though there isn't really enough content to warrant a release yet (which I blame on my time browsing YouTube and Reddit instead of spriting like I should be).
The contest this year has, as I mentioned, attracted a good number of people.
It seems like last year, the year that I was one of the judges, the first-prize winners all left shortly after claiming their spoils, while second- and third-place stuck around. If memory serves, I…
Read More
Comments (4)

My life right now, as told by my search history.

Views: 1037 Technotoad64
+Rep | Report
BEHOLD  |  History  |  I'mWeird
Arranged from most recent to oldest, going as far back as November 24, exactly as I typed them. I'm not including repeats or things people search for all the time, like YouTube or Email, of course.
…
Read More
Comments (6)

Today be International Talk Like a Pirate day, mateys!

Views: 600 Technotoad64
+Rep | Report
AVAST  |  Grammar  |  JK  |  SaltedMeat  |  YeAllMeMateys  |  YeScurvyDogs
Today be International Talk Like a Pirate day, and I be celebratin' it.
Feel free to join me!

Also, buccaneers got no time for checkin' thar grammarrr, but ye can rest assured, any mistakes in mine speakin' be all on purpose.