Sorry if I haven't been joining the party games; the time zones and daytime activities kind of makes it difficult, but I do play when it's night time here (both home and in Japan).

Thanks to the new matchmaking/queue system (or rather, the old one we used back in open beta), the option to choose the Oceanian or Southeast Asian server becomes feasible! So far I've only played arena matches, and in some queues fail to get into a match, but the matches were pretty fun and chill. Experiencing low ping is super fun, with me finally consistently landing the tricky skillshots like

Divine Uprising, while pricey, i can appreciate for the great skins they're putting out there, and the free gems help. I've put in a few rolls and i can say i'm happy i got the skins i wanted.

The newest adventure is also great fun! It's simple, but experiencing old joust after 2, 3 years of its' disapp…
Read More
Comments (2)

Smite: What Just Happened (4 is death)

Views: 1777 FerrumSlash
+Rep | Report
Guardians  |  Mages ftw  |  warriors
Looks like it's my on phase in my on-off Smite cycle again.

The new level up rewards are adequate; I love the free voice pack (used it for Skadi for that ski patrol skin) and the 50% skin discount coupon was well used for Elite Agent [[Apollo]. Getting the Lore Lady announcer was the icing on top of the (Never)cake.

The new gods and the changes to the items are definitely interesting; the change to

The Crusher making it a good complement to ability-based assassins and warriors, the new ring for mages that complements basic attacks that stacks, the reworked

Soul Eater giving lifesteal from abilities, and many more.

Cerberus has been great fun, and building full-on damage builds for them in arena has been a lot of fun!

Guan Yu are also a lot of fun; though i find Achilles a bit boring and vanilla, too similar to

Nike who was released earlier.

Views: 2247 FerrumSlash
+Rep | Report
Back again
It's been months since i last posted, huh?

With that said, after an off period and hours in Overwatch, Gwent, and Rainbow Six Siege, i'm back into Smite again for who knows how long :p

I don't think it was too long of an off period, since i think last patch i played was Da Ji.

Cu Chulainn quite a lot. Being the only warrior god that i haven't mastered, i also find his mana-less kit fun. Going all in with the guy in Arena is especially fun. One thing, though; how would you guys build him? Full on damage? Bruiser-y? Tanky?

Teams are better, for the most part, but there's still one or two players who make less than optimal picks in certain game modes, like playing

I'll definitely play a lot more, and yay to ingame voice chat. Means i don't have to go on twitch chat as often.
Read More
Comments (13)

SMITE: What just happened? The Sequel

Nike quite a lot recently. I can't, for the life of me, tank as a warrior, so having a warrior god that works well as a damage dealer is a nice change. (The other warrior i enjoy would be Priva

Unfortunately, people just sometimes don't think the same way. I typed in chat, loud and clear, "damage nike", but people would just then pick another 2 assassins. Or a hunter and an assassin. You get the idea. In which afterwards, being the responsible player i am, switch over to a support. Nevertheless, when i do get the chance to play

Nike, games tend to be fun and the teams optimal.

Also, can someone enlighten me on how the season 4 pass work? I've heard that are no longer season long, and are instead divided on the splits. It's more expensive than previous seasons, too. Thinking of getting it only because it has the Nevercake announcer pack. Do you think it's worth getting?
Read More
Comments (6) 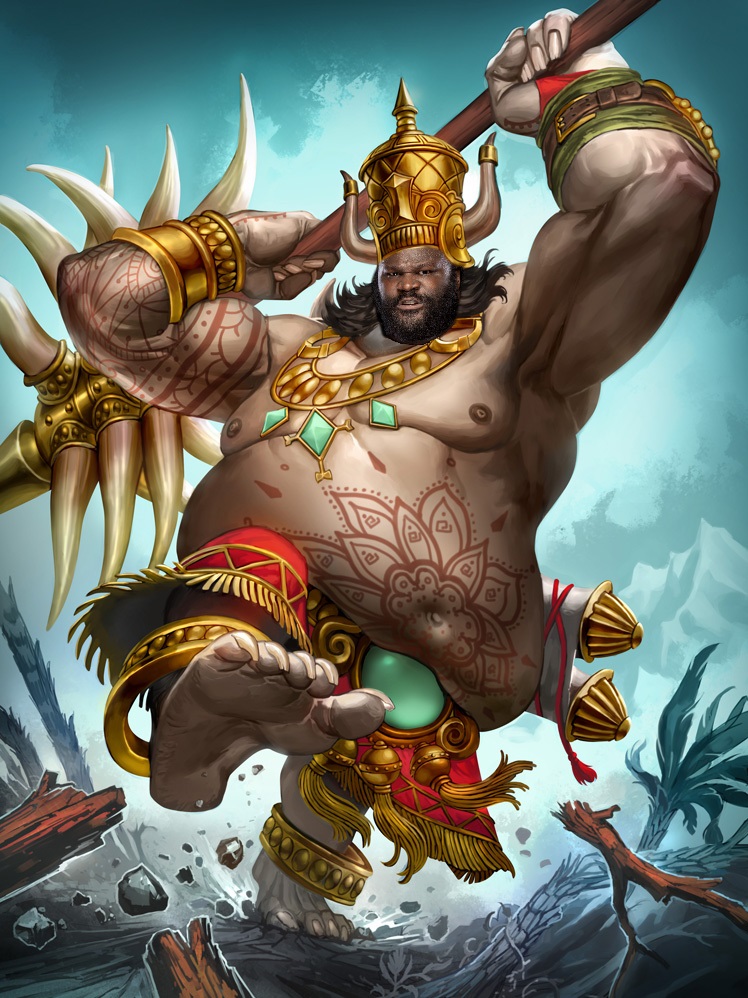